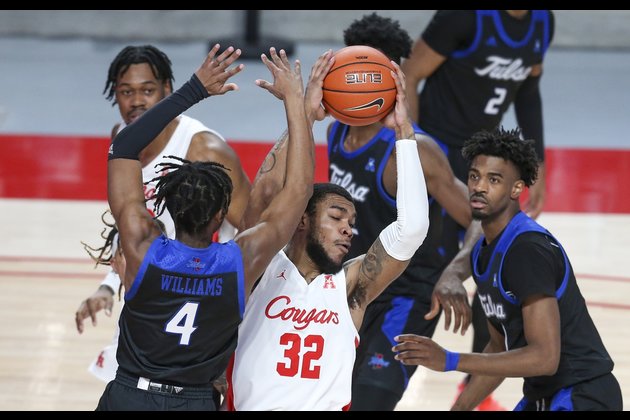 Kyle Edwards scored a game-high 29 points and 11th-ranked Houston survived a late charge from Tulsa to claim a 66-64 road victory on Saturday.

But Sam Griffin sank three consecutive 3-pointers for the Golden Hurricane (6-9, 0-4) in the waning moments, forcing Houston to survive two last-second shots in order to extend its winning streak to seven games.

Edwards finished 7 of 15 from behind the arc. Reggie Chaney added 10 points for Houston.

Jeriah Horne and Darien Jackson were integral in helping Tulsa shave a 17-point halftime deficit to 50-49 on a Horne 3-pointer with 10:59 remaining.

Tulsa opened the half with a 12-3 run that included a pair of Horne 3-pointers, and when Jackson converted a driving layup at the 12:23 mark, the Golden Hurricane exceeded their first-half scoring output in closing to within three.

Already stretched thin by the losses of guards Tramon Mark and Marcus Sasser to season-ending injuries, Houston lost guard Jamal Shead to a right ankle injury at the 15:24 mark of the first half.

Edwards immediately assumed the responsibility offensively, drilling back-to-back 3-pointers as part of a 10-0 run that helped the Cougars push to a 17-5 lead.

Tulsa cut that deficit in half as the Cougars endured a mini shooting slump, but Josh Carlton delivered a pair of blocks to keep the Houston defense anchored while Edwards maintained his hot hand. He completed a four-point play with 5:13 left in the half to help Houston to a 26-14 lead.

He then nailed a late 3-pointer as part of a closing flourish that included a Taze Moore steal and buzzer-beating 3-pointer that enabled the Cougars to take a 38-21 lead into intermission. 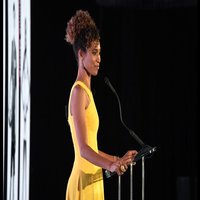 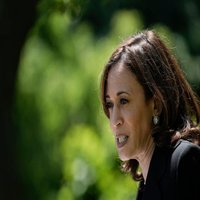