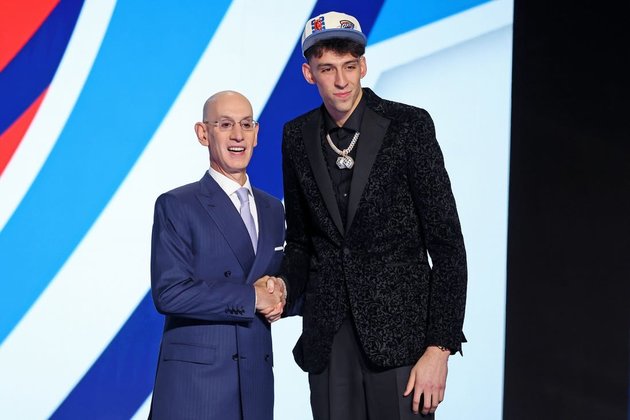 No. 2 overall draft pick Chet Holmgren agreed to his rookie contract with the Oklahoma City Thunder on Tuesday.

The terms of the deal were not disclosed by the team, but the NBA's rookie scale structures it so that first-round picks are signed to four-year deals, which include two guaranteed years. Then, the salaries are determined in large part due to where the player is drafted.

OKC has also agreed to deals with its other first-round draft picks, Ousmane Dieng and guard Jalen Williams. Dieng came from the New Zealand Breakers of the NBL while Williams spent three seasons at Santa Clara University.

Holmgren played just a single season of college basketball, starring at Gonzaga, where he was the West Coast Conference Defensive Player of the Year and an All-American. The 7-footer from Minneapolis averaged 14.1 points, 9.9 rebounds, 3.6 blocks and 1.9 assists per-game for the Bulldogs while shooting 60.7 percent from the floor and 39 percent from behind the arc.

Williams, Dieng and Holmgren are all expected to play in the NBA's Summer League with the Thunder. OKC plays its first game in the Salt Lake City league against the Jazz on Tuesday night.

Holmgren is expected to wear No. 7 with the Thunder.